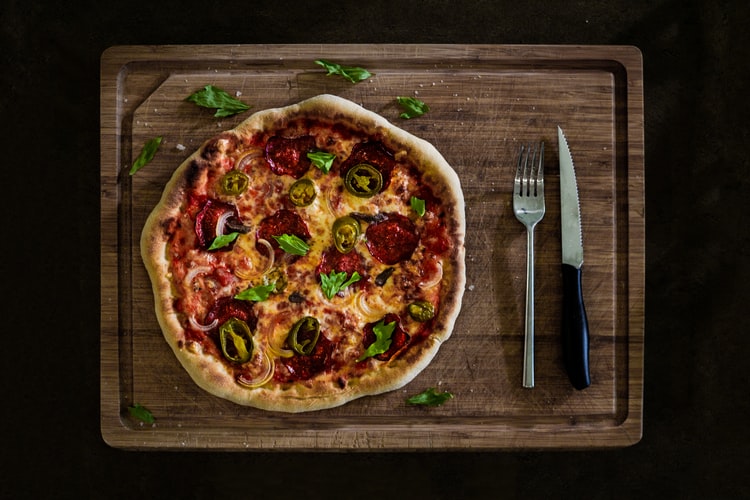 America’s favorite food has long been the pizza cooked in a traditional oven but is that about to change? While most Americans have probably never indulged in a grilled pizza, the origins of pizza are making a big comeback. There is no denying that we love our traditional backyard barbeque but rarely if ever has the barbeque included grilling a pizza. Despite the seemingly odd combination of grill and pizza, the grill is the ideal tool for cooking pizza and in fact, is deep in the origin of pizza making. The high, dry heat is ideal for a nice crisp crust and the flavor provided from your grill will be on a whole new world of backyard grilling.

Before the word pizza was ever used, Greeks and Romans used wood-fired brick ovens to prepare the original version of pizza – flatbread. In ancient times each diner was given a piece of flatbread along with a piece of meat on the bread. This food was eaten with the fingers with an occasional knife to cut the meat. Little did they know that this would eventually spark the creation of one of America’s favorite foods.

Instructions:
Combine yeast, sugar, and ½ cup very warm water in the bowl, let sit for five minutes. Combine flour and salt in a bowl. Mix yeast mixture with a bowl containing dry ingredients. Add a little extra flour if the dough is sticky. Knead for a good 10 minutes. Put into a greased bowl and let rise for 60 minutes until it doubles in size. Turn out onto a floured surface then knead lightly until smooth. Roll out into a ¼” thick, 12″ diameter circle. The thinner the dough is rolled, the better.

Before placing your crust on the grill, be sure that your grill is both clean and well oiled. This will help prevent the dough from sticking to the grill. You will need something large enough to transport your dough to the grill. A pizza spatula is highly recommended for this task. Brush an even coat of extra virgin olive oil on the side that will be facing down first. The oil will introduce flavor and help to keep the dough from sticking to the grill as well as giving the crust a nice crisp finish. Before placing your pizza on the grill, you may want to remove the top rack of your grill to make it easier to flip your pizza. Cook the first side from 1-3 minutes before flipping depending on the heat of your grill. During this time you will need to brush olive oil on the side that is facing up. While cooking the first side, peek under the edge of the crust to monitor its finish. Cook until you are satisfied with the finish and then flip your crust over. After flipping, immediately apply any topping that you would like. It’s highly recommended that you keep the topping very light, as they will not have a chance to cook on the grill without burning the crust. You may consider precooking certain ingredients such as meats and thick vegetables. Be sure to lower the lid as soon as possible to trap the heat in and finish cooking the toppings. Cook the pizza for an additional 2-3 minutes or until you are satisfied with the crust’s finish.

You are now ready to experience one great pizza with deep tradition. Cut your pizza into triangle-shaped slices or try cutting them into 1” wide strips. This shape is great for a party snack! 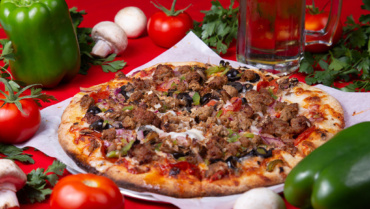 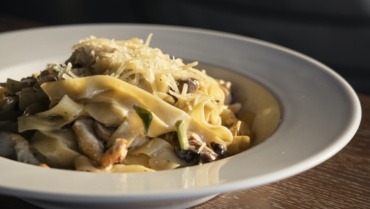